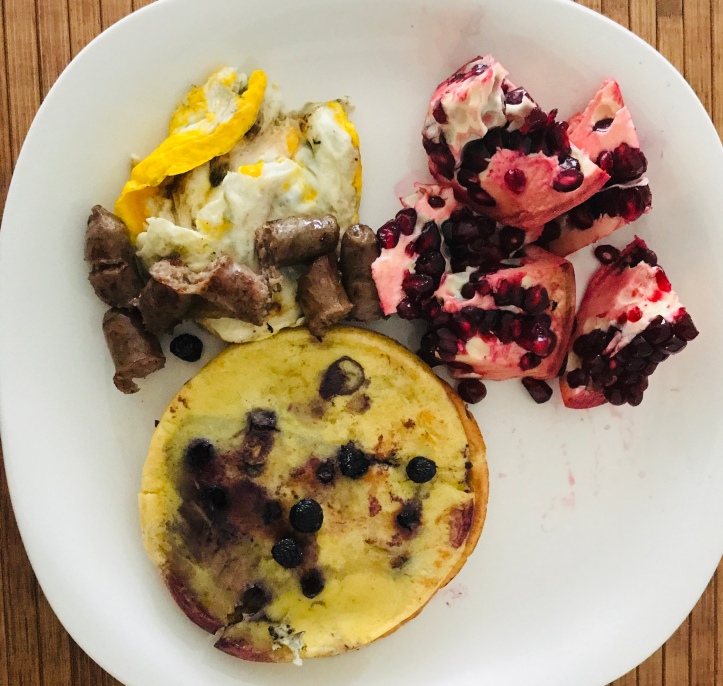 Pancake Ingredients for one person: 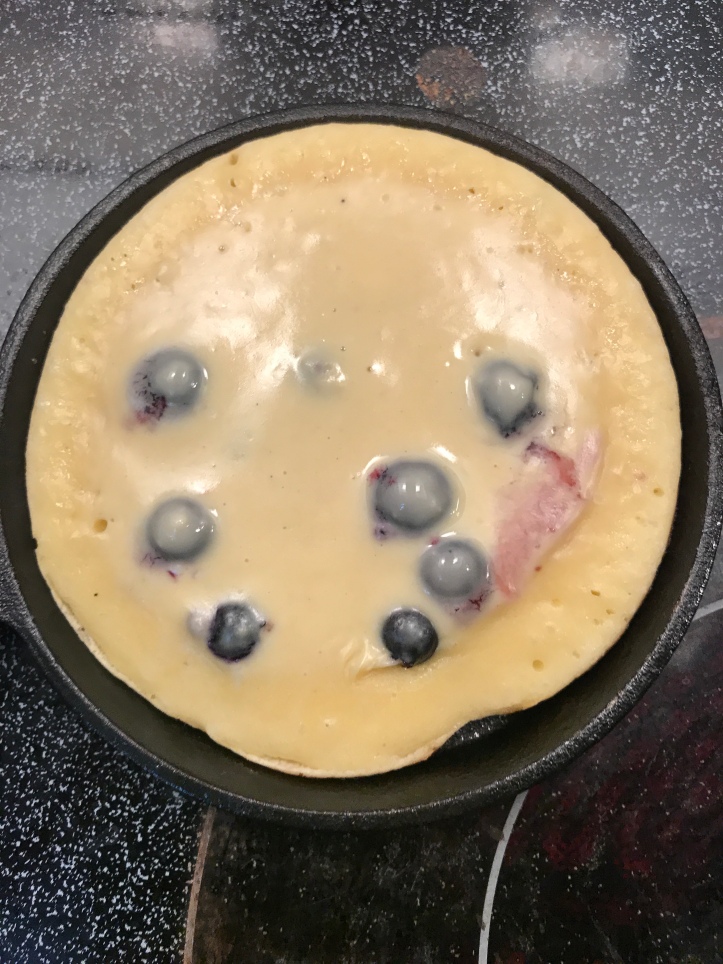 Eat pancakes with some honey. You can add another egg, two to three sausages and some fruits to your plate. 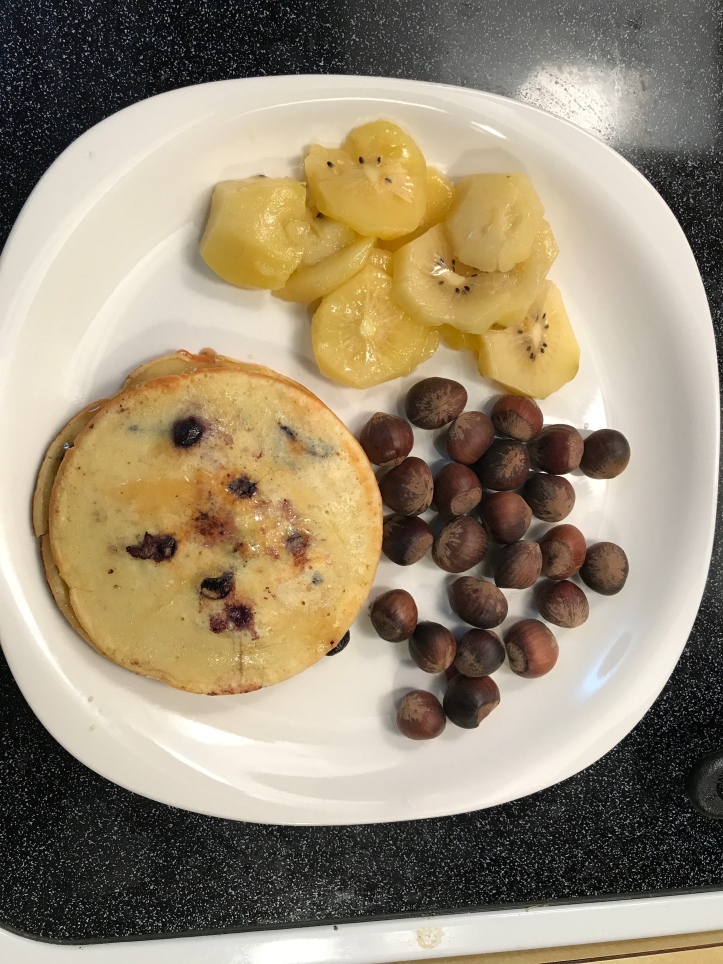 For this breakfast, I ate the pancake with baked hazelnuts, small purple potatoes, and kiwi.

I highly recommend getting two 5-inch cast skillets for making pancakes. You can easily find brand-new mini cast iron skillets in a second-hand store. It cost me only 3 or 4 dollars per skillet there. I can easily make two small pancakes simultaneously with two mini skillets with the above recipe.

It is so easy to make tasty pancakes from scratch with mini cast skillets that I am not going to buy premixed pancake mix any more! You know that your pancakes will not have any preservatives in them and it will taste so much better!

I will later experiment with different kinds of flour for my pancakes. To keep the iron skillet from rusting, you have to oil it after washing it and wiping it dry.

“Let food be thy medicine and medicine be thy food.”
― Hippocrates

“One cannot think well, love well, sleep well, if one has not dined well.” ― Virginia Woolf, A Room of One's Own
“The food you eat can either be the safest & most powerful form of medicine…or the slowest form of poison.” ~Ann Wigmore

“Life is like riding a bicycle. To keep your balance, you must keep moving.” ~Albert Einstein